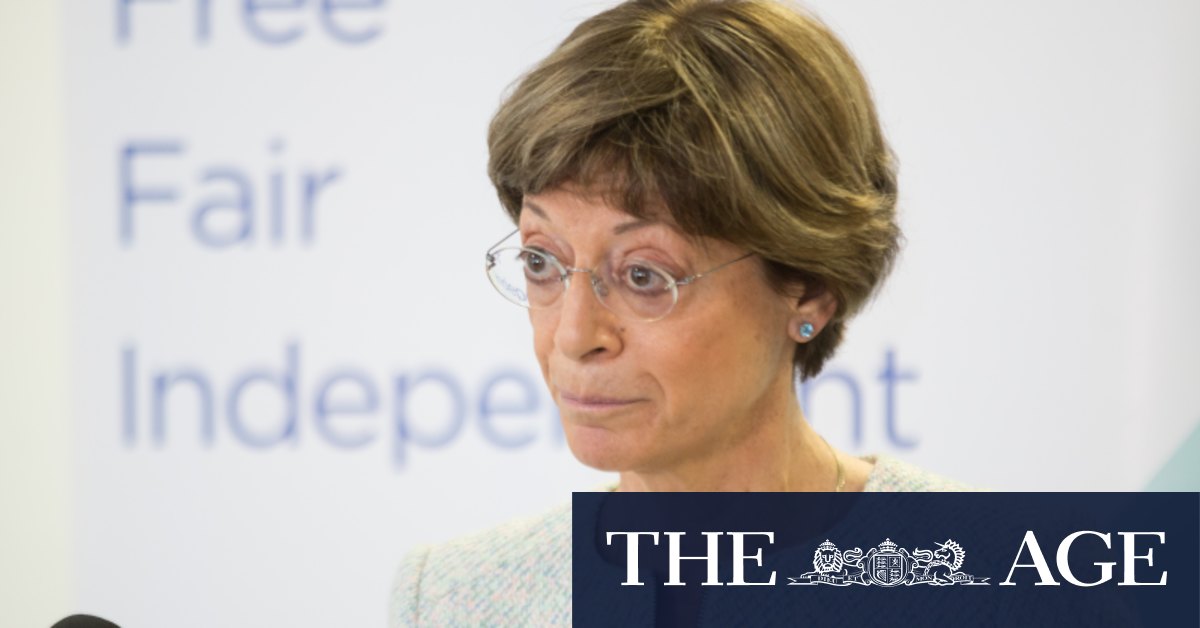 The headmaster – who is not named in the report – was on an annual salary of more than $ 143,000 but had financial problems including a strong gambling habit and significant personal expenses, including downtown apartment rentals, private school fees, and several than Investment property in Queensland.

Some of the money he took went to an overseas vacation he had promised his family.

The client has had personal financial problems in the past that he did not disclose upon appointment, including a bankruptcy period.

The unidentified school he ran is in one of Melbourne's growth suburbs and has a student population that is socially and educationally disadvantaged.

A division chief interviewed for the investigation described it as a "deep dive" school that requires additional attention and resources to ensure that it meets the goals of the Victorian government.

The school principal admitted to investigators that his use of school fees for personal use was "a mistake and bad judgment".

He also blamed his behavior for alleged bullying by another executive who he believed made his gambling addiction worse.

The investigation found no evidence to support this claim.

The man no longer works in the Victorian state school sector.

His theft became known after allegations were made in 2018 against Victoria's anti-corruption watchdog, the Independent Broad-based Anti-Corruption Commission (IBAC), which referred the case to the Ombudsman.

The misuse of funds may not have come to light if the allegations had not been made against IBAC, the report said.

Ms. Glass said the report highlights "an important and systemic weakness in the financial management of our schools".

"The Department of Education and Training has overlooked red flags that may have exposed some of the behavior earlier," said Ms. Glass.

“In this case, the client was able to get through his actions for so long because the systems and controls were not working.

"The school manager lacked the skills and experience to challenge him, as did the school board and his treasurer."

Ms. Glass noted that the “decentralized” school system in Victoria, which gives principals autonomy for over 90 percent of their allocated budgets, runs the risk of mismanagement going undetected.

The Department of Education and Training also missed two opportunities to find financial mismanagement at the school, including a query of two payments by the Victorian Auditor-General's Office and a departmental examination of school finances.

In this case, the query was related to splitting invoices in violation of the department's procurement guidelines. The client failed to follow these guidelines in sourcing nearly $ 700,000 worth of work and then took steps to avoid detection.

The department has accepted all three reporting recommendations, including the fact that it is considering officially referring the school principal to the Victoria Police, that it is stepping up its main recruiting process to better validate the financial management skills of preferred candidates, and that it has a process for school council members introduces their understanding of the financial procedures that apply to their roles.

Ms. Glass noted that this was the fifth report she had submitted through a school principal in recent years.

"I recognize that reforming a huge and decentralized system takes time and missteps are almost inevitable," she wrote. "But I can't help but hope this will be the last report I have to file on a headmaster's misdeeds."

Our Morning Edition newsletter is a curated guide to the most important and interesting stories, analysis, and insights. Login here.

Adam Carey is an education editor. He joined The Age in 2007 and has previously covered government politics, transportation, general news, art, and food.