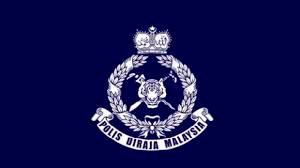 The premises of a commercial building were searched around 6:50 p.m. by a team from the anti-vice, gaming and gangsterism unit (D7) from Serdang. Serdang Police Chief ACP Razali Abu Samah said two men, an Indonesian and a Myanmar national, who are believed to be the caretakers of the premises, had been arrested.

He said nine men were also caught, including two Bangladeshi nationals who were customers on the premises, and police also confiscated 18 laptops and RM465 in cash.

“Investigations showed that the premises were in operation from 10 am to 8 pm and had made a daily profit of around RM 2,000 to 3,000. In addition, an arrest warrant against the police was issued in 2019, ”he told local reporters today.

Razali said Subang Jaya city council had previously closed and sealed the premises and all men between the ages of 26 and 71 were taken to Serdang Police Headquarters for further action. -Bernama

Find out how to spot indicators of gambling dependancy in youngsters