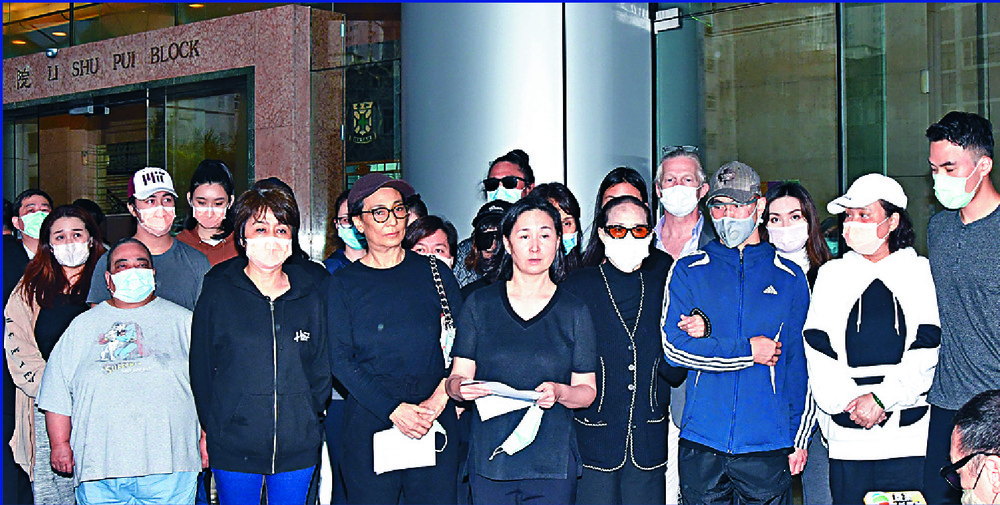 Stanley Ho was a man rarely seen at the gambling table and even advised youngsters not to indulge in gambling.

The “Casino King” even famously said he was not a fan of gambling and rarely took part.

“I’ve always told people to treat gambling as a game and entertainment and never indulge in it too much,” he once said. “You can hardly win over me in gambling because I take a commission from your bets. But people just never listen to me.”

Ho was also a renowned womanizer -with four wives, 16 children and 12 grandchildren. He was nicknamed “Dancing King” as he met two of his wives on the dance floor.

Dubbed the “prettiest woman in Macau,” Leitao was love at first sight for Ho, prompting him to learn Portuguese to win her heart. They married in 1942 and had one son and three daughters.

Unfortunately, their son Robert Ho Yau-kwong died in a car crash at age 33 – with Leitao devastated by the loss. Their eldest daughter Jane Ho also died of an illness in 2014.

Since 1957, Leitao had been suffering from chronic intestinal issues and became wheelchair-bound after the second car crash.

Ho then persuaded Leitao to allow him to marry Lucina Laam King-ying, who was only 14 years old when he met her at a ball in the 1950s.

Laam became Ho’s second wife in 1957 and soon became known as the “Dancing Queen” who accompanied Ho at parties. They had four daughters and a son.

In 1977, Ho fell in love with Ina Chan Un Chan, who was Leitao’s private nurse. She became his third wife and they had two daughters and one son.

Ho met his fourth wife, Angela Leong On-kei, at a party in 1986. Leong is co-chair of SJM and a lawmaker in Macau. They had two daughters and two sons.

Despite recognizing four women as his wives, only Leitao and Laam were legally wedded to Ho, with Laam married as a concubine under Qing Dynasty laws, which allowed a man to have more than one wife. However, the law was abolished in 1969.

Ho’s death sparked concerns about how his wealth will be distributed among his family although he had already made plans to divide it among his 16 children – with those from his second, third and fourth wives jointly handling most of his assets.

His children with Laam have become Ho’s successors in his business empire after he withdrew from the management of his companies in the past decade due to his poor health 11 years ago.

Second daughter Daisy Ho Chiu-fung is co-chair at SJM Holdings, which is worth HK$46 billion, and youngest son Lawrence Ho Yau-lung is chairman and executive director of Melco International Development, worth HK$21.5 billion.

Ho’s biggest asset was Tourism and Entertainment Company of Macau -commonly known by the abbreviation of its Portuguese name STDM – that he co-founded in 1961. It is the parent group of SJM Holdings and its net worth is unknown as it is not a listed company.

Laam’s children own 26 percent of STDM.

In January last year, they signed an agreement with the family of co-founder Henry Fok Ying-tung to collectively decide on who would become the group’s chairman and directors.

After forming the alliance, Laam’s children and Fok’s family have secured 53 percent of STDM’s shares.

Third wife Chan has some 10 percent of STDM and is responsible for managing casinos in Vietnam, while fourth wife Leong has over 8 percent of SJM shares to become its second-largest shareholder.

Leitao’s children remain low profile and have not taken significant roles in their father’s businesses.

Playing recommendation for at present's recreation towards Toronto

The best way to change into a gambling knowledgeable in 10...

The way to Win Whereas Playing Even when You are Lazy