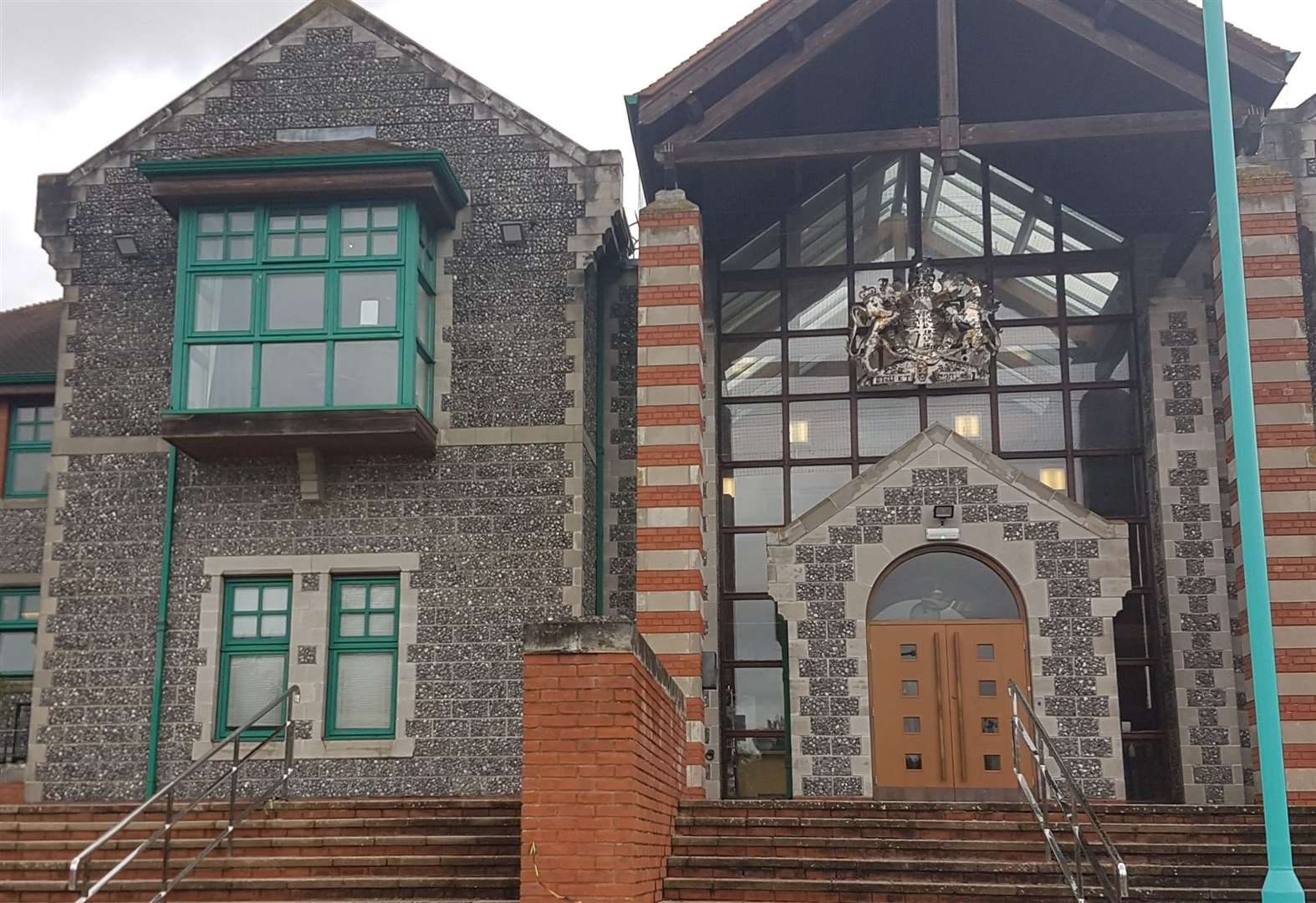 A carer addicted to gambling has avoided jail after stealing more than £2,000 from her grandmother-in-law.

Lucy Deal, 37, of Station Road in Adisham, used her victim’s bank card eight times to fund her habit as her finances spiralled out of control.

The case was heard at Canterbury Crown Court

The mum-of-one – who cared for her elderly victim – pleaded guilty to fraud by abuse of position at Canterbury Crown Court, where she was handed a nine-month suspended sentence.

Deal came under investigation after confessing to her victim, Rosemary Berwick, how “an illness had made her gamble” with the bank card she was entrusted, prosecutor Simon Taylor QC explained.

But Deal back-tracked under police interview, claiming Ms Berwick’s bank details had erroneously been connected to a Paypal account she was using to gamble, and vowed to pay the money back.

She, however, told officers in a second interview bipolar medication had clouded her memory and Ms Berwick had, in fact, encouraged her to gamble.

Ms Berwick, who was in Deal’s care for five-years, said she felt betrayed and the family had since “fractured” after falling victim to the scam.

“I’m devastated – mine and Lucy’s relationship is broken. I have cared for her dearly and loved her company, which I now miss,” she added.

Ms Berwick’s finances suffered after Deal targeted her in the autumn of 2018, but the amount has since been repaid, the court heard.

Natasha Spreadborough, mitigating, explained Deal was of previous good character and has kept away from the “manic highs and desperate lows”, brought on by bipolar disorder.

Deal feels “genuine guilt and remorse” and still “refers to her [victim] as ‘nan’,” the lawyer continued.

“She sees her as the closest family to her. [Deal] recognises there is a huge problem and has set up a system where she is unable to gamble – she cannot even indulge in the national lottery,” Ms Spreadborough argued.

Judge Catherine Brown told Deal: “Through your own self-gratification through gambling the money was stolen from an elderly lady who trusted you. There was a high degree of trust she placed in you and you breached that.”

But with the full £2,009 repaid, Deal’s previous good character and her plight to address her mental health problems, the judge explained she could suspend a custodial term.

The judge also cited the aftermath placed on Deal’s immediate family if she was jailed, alongside pressures placed on Kent’s Covid-hit prisons as mitigation.

Deal was jailed for nine months, with the sentence suspended for one year, and ordered to attend 25 rehabilitation days.

Judge Brown warned her if another crime is committed within the 12 months the sentence would likely take effect.

To read more of our in depth coverage of all of the major trials coming out of crown and magistrates’ courts across the county, click here.

For information on how we can report on court proceedings, click here.

Read more: All the latest news from Canterbury

On-line arcades have been searched after one week of operation